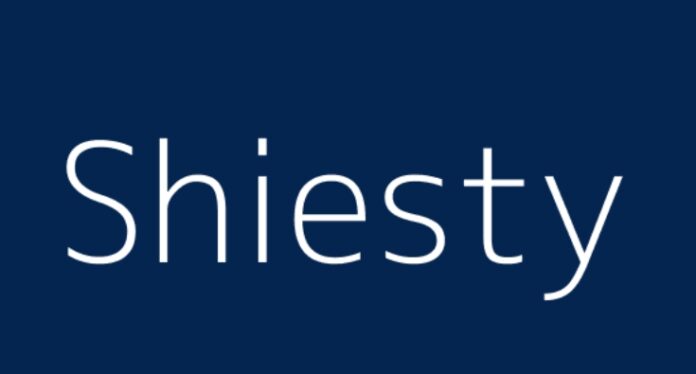 One of the biggest contributions the Millenials (specifically 90’s babies) have already made to society, is given us the word “shiesty”. Let’s say that again, “shiesty”. Its like your ordering a glass of “shice-tea”. See what I did there? YAYAYAYAA. Anyways, you may have heard it used at a party/bar or even during a marijuana circle. This is because “shiesty” has become so embedded in our drink and smoke culture even though its not even a beverage or a nickname for a blunt. “Shiesty” is a word that is not and probably never will be recognized by the Oxford dictionary. It is at both times the greatest troll to the English language and a convenient phrase builder. Yea its slang, but if you really think about it its so much more than that.

Sure you can look “shiesty” up on the popular domain Urbandictionary.com, but that website truthfully does not know whats good. However hysterical, most of Urban Dictionary’s contributors are absolute novices with slang. In fact, the people that write those definitions are usually people who have just caught on and therefore have had absolutely zero practice with the word. The thing is, “shiesty” can mean much more than just a person or thing is sketchy. By now its such a packaged term that it requires some study.

With full confidence, I can say that “shiesty” officially came out of New York, in the suburbs of Long Island too circa the year 2006. Middle schoolers with too much time and their parent’s money really, were the pioneers of “shiesty”. Since then, it has spread as they have aged. “Shiesty” can now be found across college campuses in America as many students get a kick out of saying it when they aren’t busy with their studies.

See, the word “Shiesty” is incredibly complex but so easy to attach to anything. With an emphasis, you can really bring out someone’s character like “Man I am shiestyyyyyyy” which basically translates as “I am really, REALLY drunk”. On another hand, you can set precedence with it by trying out the past tense of it like “I’m the shiestiest”. There is also the plural form, when you want to describe a group of people you could usually say “your a bunch of shiesters”. Finally, there is a simple situational phrase like “that was shiest”, which drops the “y” for a more immediate description of a scenario. Honestly, “shiesty” and what it means to be “shiesty” has evolved so much over the years thanks to who says it and how it is said. Its an amazing thing. For those of you who have not followed this, you will simply never understand.

The heyday of “shiesty” was in all seriousness from 2008-12. 4 short years, but we as Americans and “shiesters” totally enjoyed them. Although it is definitely still used today, saying “shiesty” is just not the same anymore. Back then it was very word of mouth and was usually only said between groups of tight-knit people. Today, the advocates or OG’z of “shiesty” if you will are all in there mid-20’s and have realized that it’s time to grow up. Post-graduate life with it’s jobs, relationships and family to think about…its safe to say there are things of more concern. Ridding a person’s vocabulary of “shiesty” equates to cleaning up their act.

Admittedly, there are alot of people still out there that have maybe never crossed paths with “shiesty”. Either their lives 100% clean of “shiesty” activities or they just choose to block it out because it is so stupid. For the members of our global audience, some of you may think that “shiesty” has claims in Turkey, Japan, Russia, the Democratic Republic of the Congo or wherever else but that is solely because the word has traveled so far. Do not be mistaken, the inception of “shiesty” was in New York.

So with the publish of this article, I may have put the final cap on “shiesty” in America. As soon as something is made official and everybody knows about it, that is when it truly dies. People will begin to abuse it, so to save some honor for “shiesty” and the people who live that shiesty life or lifestyle I needed to do a proper sendoff. It’s a type of closure for me, but for awhile there I lived for being “shiesty”. SHIESTY. IM A SHIESTY BROOOOO! WE SHIESTY!!