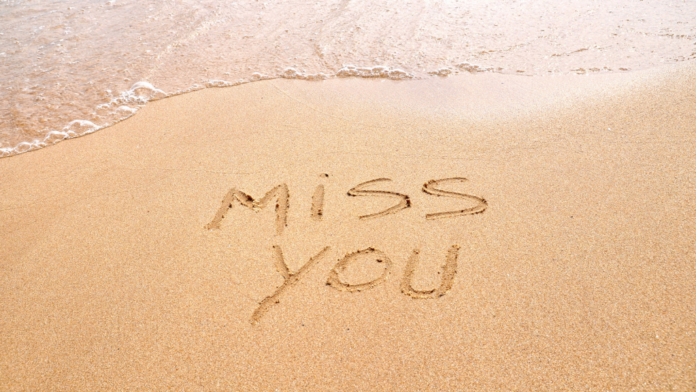 Saying “I love you” to someone is a big deal. As minuscule as our society makes it sometimes, it should mean a lot to you and the person you’re saying it to. Saying those three little words can act as a promise that you’re going to stick by that person, be there for them and do everything in your power to make your relationship work. However, “I love you” often overshadows an even more important three-letter word: “I miss you.”

When I’m in a relationship, I probably say “I miss you” more than I say “I love you.” Why? Because sometimes I get an overwhelming feeling that I just need to be next to my significant other. We don’t even need to do anything, we don’t really need to speak, I just need to know that they’re there in my presence. It’s a feeling that surpasses simply saying “I love you.”

At the end of the day, you can confuse love for something else; lust, passion, you name it. Missing someone, however, is a feeling you can’t misconstrue. If you ask me, missing someone is far more intimate than loving someone.

1. It means you want to be next to that person

When you say you miss someone, simply put it means that you want to be next to them. You want to hang out, talk, whatever, as long as you’re with them. They bring a sort of calm over you when you see them and when you don’t see them for long enough, you’re not okay. Now, there’s the weird part, sometimes, if you’re really with the right person, you’ll miss them all the time. Literally all the time, even if you’re actually with them (I told you it’s weird).

The first time I actually missed someone when I was with them, I knew that I loved them. I knew that it was such a strong emotion, far stronger than simply saying “I love you.” When you miss someone that much, they’re a part of who you are and that’s something that can’t just be expressed with an “I love you.”

3. It means that you they’re important to you

When you tell someone you love them, it could mean a lot of different things. However, if you feel like you miss someone, it means that they’re important to you. So much so that not seeing them for a while actually affects your mood. Missing someone, or telling them you miss them is far more intimate than simply saying “I love you” because it’s a feeling that you can’t misinterpret, unlike love.

4. And most importantly, it means that you love them

To be honest, for all the reasons I’ve mentioned above and more, missing someone actually means you love them, just in a different way. Saying “I love you” to someone can be easy, it doesn’t mean much and you’re sometime not even sure if you feel it. However, if you miss someone, it’s an emotion that you feel in your soul. So, when you feel that, you’ll know that you actually love the person you miss as well.

7 Reasons You Can Never Really Stop Loving Someone