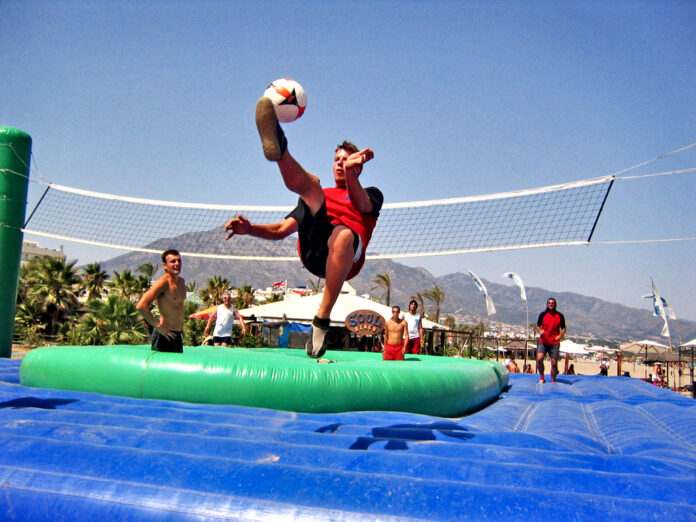 Imagine the some of the best of the Olympic sports, Soccer, Volley Ball and Gymnastics, got together and had a baby with an inflatable bouncy house as it’s surrogate. Add some irresistible music and the resulting child would be the coolest sport around: Bossaball.

Bossaball is a ball game between 2 teams, combining elements of volleyball, football and gymnastics with music into a new sports. It is played on an inflatable court featuring a trampoline on each side of the net. A Bossaball game is played between two teams of 4 or 5 players. The aim is for each team to ground the ball on the opponent’s field.

Bossaball definitely knows how to party, with its music synched to the rhythm of the sport. Although the sport is relatively new, it is taking off in countries like Brazil, Singapore, Spain and the Netherlands. In Colombia, it’s even helping kids stay off the streets and away from violence.