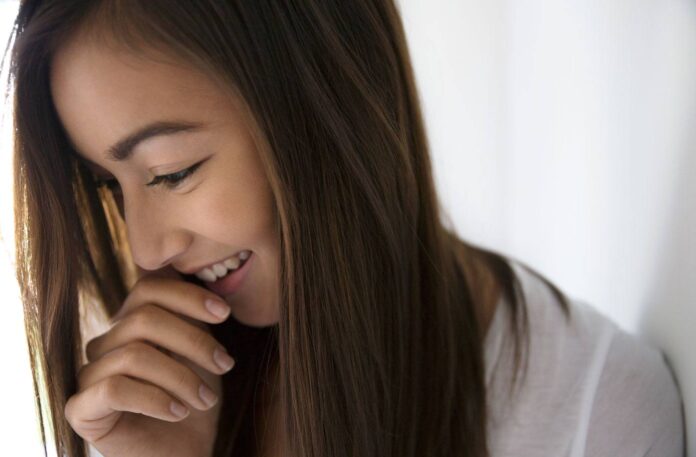 Being shy is hard. People make assumptions about you if you don’t speak up enough, often thinking you’re stuck-up or boring. In reality, you’re just not naturally talkative or perhaps a bit nervous to share. The worst is when some loud person yells in your face, “Why are you so quiet?”

The thing is, you’re not quiet, or uninteresting, nor do you have a superiority complex. Actually, when you’re around people you know and trust, you’re just as talkative and funny as everyone else. Maybe even more so. It’s hard to get out of your comfort zone and show off your personality to everyone, but it’s possible to break out of your shell.

Here are the top 10 tips for getting over your shyness:

I don’t mean, like, change your whole personality or anything. Be yourself, but create an alter ego who is more confident in their abilities. Channel that persona’s energy when you’re meeting someone for the first time. It sounds silly, or even a little crazy, but getting out of your own head can be helpful. I know that I used to feel better when I was pretending to be someone else. If you’re worried the conversation is going to go poorly (it won’t), the blame will fall on your alter ego, not you. Act like a confident person, and you’ll eventually become one.

Drill it into your head: nobody else gives a fuck what you’re doing. Unless you consistently talk about murdering people or kicking puppies or something, nobody cares what you’re saying or doing. In fact, everyone else is busy worrying about what they’re doing. The people that do judge what others say and do are pathetic anyway, and you don’t want them as your friends. Once you accept that no one is paying attention to your every move, it’s quite freeing.

3. Use it to Your Advantage

Your shyness probably makes you a naturally good listener. People love that, because everyone loves to talk about themselves. Use your natural inclination towards silence to aid you in conversation! Ask a more talkative person lots of questions and let them run their mouth. Follow up with smaller prompts, such as, “Tell me more!” or “And then what happened?” People will enjoy having you around as the wise listener of the group amongst a sea of people just waiting to talk about themselves.

This will help you appear and feel more confident. Stand with your shoulder back and chest up. Don’t cross your arms or legs. You want to appear open and unafraid. Don’t try to shrink your body. It’s okay to take up room: you’re a person. Stand like you’re Beyoncé waiting for her audience to stop cheering at her concerts.

5. Don’t Rely on Your Phone

I mean, if you’re at a restaurant waiting for a friend to show up, that’s a different story. However, checking your phone at an event in place of talking to others just gives you an excuse to avoid socialization. This won’t help you overcome shyness. Try to give yourself a cap on the number of times you check your phone in a given social setting and stick to it. The phone just gives you a false sense of security and makes you feel like it’s okay to shrink back into yourself.

This is a trick I’ve found particularly useful. Jumping into a large group conversation, especially with people you don’t know well or people who are much more gregarious than you are, is too much to take on all at once. Start by making conversation with just one person. It’s quieter, and easier to get to know the individual and open up. Then, it might naturally move into that person introducing you to others, which is much easier than trying to jump into a dreaded circle of people.

7. Ignore the Voice in Your Head

Everyone has an internal voice mocking them. It’s up to you to tell it to shut the fuck up. Don’t listen to that little voice telling you that you sound stupid or look awkward. Talk back (in your head, you don’t want to look insane) and repeat positive affirmations. Remember that you’re your own worst critic. We already covered that nobody else could give a shit.

8. Give Yourself a Role in Social Settings

Shy people tend to thrive when they’re aware of the role they are fulfilling. For example, many shy people don’t feel timid during their jobs, because they know exactly what is expected of them and they sometimes have the upper hand. Think of an unofficial “role” that you might have in a social setting or amongst a friends group. Don’t put too much pressure on filling a specific mold, just kind of give yourself a title that you can stick to. You might find it oddly empowering!

Stop thinking of yourself as a shy person or admitting to being shy. Think of yourself as a regular or confident person. The more you tell other people that you’re shy or use your shyness as an excuse to turn down plans, the farther down the rabbit hole you will fall. You can’t admit to the shyness, or you’re just affirming its legitimacy.

When there’s a pause in conversation that could be perfectly filled with a joke or story, just say it! You don’t have to try to always think of something to say, but if it’s in your head, just blurt it out. People aren’t going to think it’s weird that you told a story or said something funny. They’re going to enjoy it! You don’t need to find talking points or force conversation, but if there’s something already in your head, you should say it out loud.